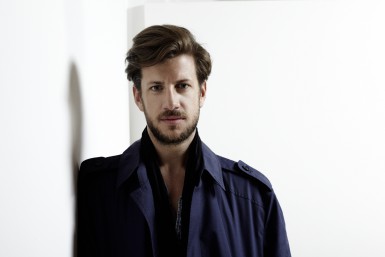 The designer sees his work as an entity. Therefore he prefers not to define his fashion as a collection but rather as his general “work”.
Sontag sees his production process as fluent. The transitions from season to season build up on each other. His representations are snap-shots without a static character instead of being reckoned as an attempt respectively an offer. With this approach the designer wants to blur the common fashion borders and create a generality detached from fashion parameters such as seasons, trends and consumer ages. This approach is evident in the clarity of his designs. The designs which have never been drawn came to life on mannequins through Sontag’s drapery work.

This entry was written by Florian, posted on October 27, 2016 at 9:55 am, filed under Michael Sontag. Bookmark the permalink. Follow any comments here with the RSS feed for this post. Both comments and trackbacks are currently closed.