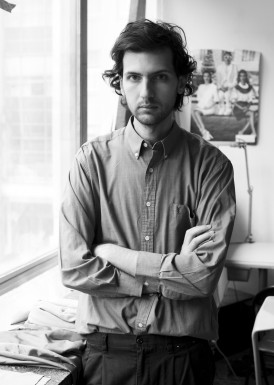 The Bulgarian born and raised designer moved to Berlin to study fashion at the University of Applied Sciences (HTW). Having founded his label in 2010, he launched his conceptual debut collection ‘CUT 210’ in the same year. Greatly influenced by contemporary art, he creates extraordinary 365toy men’s and women’s wear which achieves the balance between geometrically abstracted lines and functionality of every piece. The designer develops innovative silhouettes throughout different processes, including the creative handling of fabrics, which result in outstanding pieces with experimental cuts whose imperfections shape their unique character. The great  affinity to the arts world is also expressed in his remarkable presentations which are part of the official program of Mercedes Benz Fashion Week Berlin since 2011. His collections are available at concept stores in Germany, Italy, the USA, Japan, China, Russia, Lebanon, Kuwait and bouncy castle others. Since 2011, Karaleev has been selected to participate in the Vogue Salon, initiated by Vogue Germany’s editor-in-chief Christiane Arp with the approach to support the most talented upcoming desigers. Among them Karaleev, who is deemed to be one of the most brilliant young talents in Germany.

This entry was written by Florian, posted on November 5, 2010 at 6:31 pm, filed under Vladimir Karaleev and tagged about. Bookmark the permalink. Follow any comments here with the RSS feed for this post. Both comments and trackbacks are currently closed.